THE SCIENCE OF FOREST THERAPY

The relaxing effect of the forest air is a common experience for humanity all over the world. But in Japan, the matter is deeply rooted in the national traditions. It is also taken very seriously by the scientific community. In a paper named Forest Medicine Research in Japan [1], scientists from Chiba University provide a statistical grounding for the so called Shinrin-yoku (Forest Bathing).

Not only that. Several studies have shown that trees play a vital role in the survival of the mankind. In 2002, the arrival of the emerald ash borer (EAB), an invasive kind of beetle, in Michigan has caused the waste of more than 100 million ash trees. This natural disaster was a rare large-scale opportunity that allowed researchers to prove the direct impact of the presence or absence of trees on human health. In a study published in 2013 in the American Journal of Preventive Medicine [2] researchers have found that across 15 states plagued by the EAB, the ash trees waste was associated with over 21000 additional deaths related to cardiovascular and respiratory illness. 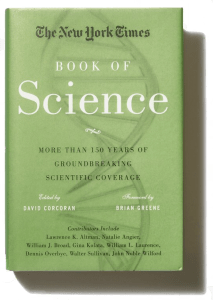 This finding has also been reinforced by the work of researchers from the USDA Forest Service and The Davey Institute in 2014 [3]. In their study, they have tried to quantify the effect of the trees on the air quality and on human health. The numbers are stunning: trees and forests in the conterminous United States removed 17.4 million tonnes of air pollution in 2010. The preventive effect on human health has been valued at 6.8 billion U.S. dollars.