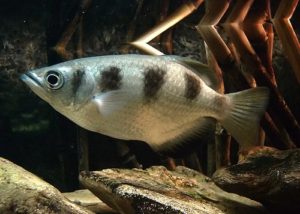 The archerfish can recognize human faces. This conclusion is the result of the work of a team of researchers from Oxford University and from the University of Queensland, Brisbane, Australia. It has been published in the Scientific Reports Journal in an article named Discrimination of human faces by archerfish. The researchers use a two-alternative forced-choice procedure to illustrate that the archerfish has the ability to discriminate human face images of different colors, head-shape and brightness. Other researches had proven that birds do have such an ability. But the new thing with fishes is that they do not have a neocortex nor a neocortex-like structure.