U.S. CONGRESS: MEUCCI IS THE INVENTOR OF THE TELEPHONE 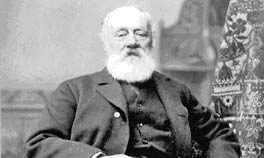 Antonio Meucci is the true inventor of the telephone, not Alexander Graham Bell. This century-long controversy had finally been settled by the U.S Congress on June 11th 2002. The acknowledgement was the result of the House of Representatives’ vote of the resolution H.RES.269.

Antonio Meucci was an Italian immigrant, living on public assistance. He had invented a mechanism called the “teletrofono” as early as 1860, then filed it for a patent in 1871. Unfortunately, he was unable to pursue the patenting process; because he could not afford to pay the $10 fee.

Meanwhile, Alexander Graham Bell was conducting experiments in the same laboratory where Antonio Meucci’s materials were stored. Five years later, in 1876, he succeeds to file a patent for a similar system, which he called “telephone”.

In 1887, the government of the U.S tried to cancel Bell’s patent, accusing him of fraud and misinterpretation. However, the case was discontinued after Antonio Meucci’s death in 1889. After more than a century, the poor inventor has finally been vindicated by the Congress.

Despite its importance, the resolution did not receive enough coverage from the media and did not end the controversy. Some historians and scientists consider that the teletrofono was not as sophisticated as Bell’s telephone and were probably not a completely functional gear.

The following link refers to the original text of the resolution.
https://www.congress.gov/107/bills/hres269/BILLS-107hres269eh.pdf