Home Science GOOGLE IS SPONSORING A COSMIC GOLD RUSH, AND THE LEGAL FRAMEWORK IS ALREADY THERE

GOOGLE IS SPONSORING A COSMIC GOLD RUSH, AND THE LEGAL FRAMEWORK IS ALREADY THERE 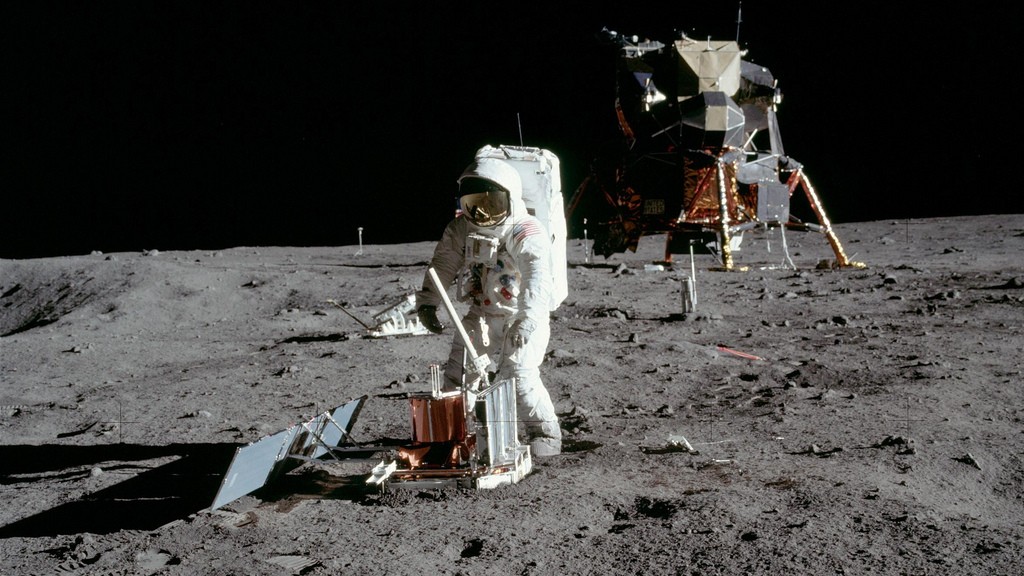 In December 2015, President Obama signed into law the Commercial Space Competitiveness Act. One of its most important terms is that it allows private entrepreneurs to own and use whatever resources they obtain from the outer space. This act intends to encourage the numerous space ventures launched by private start-ups. It also lays a legal ground that helps bypassing the United Nations’ Outer Space Treaty of 1967. This latter was signed by 100 nations and forbids, among other terms, the national appropriation of outer space resources.

The X Prize Foundation, in partnership with Google, has launched the Google Lunar XPrize in 2007, promising $30 million prize to “teams who are able to land a privately funded rover on the moon, travel 500 meters, and transmit back high definition video and images”. Moon Express, a California-based company, has already signed the prize’s contract and succeeded to test a robotic lander planned to shoot for the Moon in 2016. Moon Express does not hide its ambitions to mine the moon for platinum metals, rare elements and Helium-3.

Helium-3 (HE-3) is a clean non-radioactive element with extraordinary energy applications. Theoretically small quantities of HE-3 can be used by nuclear fusion reactors to feed the whole planet earth with enough energy for hundreds of years. The idea of mining the moon for HE-3 has been defended by the Apollo program geologist Harrison Schmitt for years. It is also the announced goal of the moon mining programs of other countries such as China.

However, it is probable that Helium-3 is only being used as a noble facade to cover more commercial aspects of the outer space mining efforts. In fact, although nuclear fusion is a very promising theoretical concept, it is still a messy and almost impossible venture in practice. An international fusion project, named ITER, is ongoing since 1985 after the Reagan-Gorbachev fusion initiative. Although backed by over 40 countries, and despite being funded by over US$12 Billion, the project’s schedule kept being postponed again and again for 30 years. Until 2016, the ITER’s fusion reactor is still facing huge technical and scientific challenges and its new schedule (to be powered on in 2025) is not backed by a definite plan. So talking about mining the moon for Helium-3 as part of a nuclear fusion program does not sound real, at least not in the short run.

The moon mining may though bring immediate commercial benefits thanks to platinum and other rare and expensive elements. Platinum is being traded at prices very near to those of gold. It had even bypassed it in 2014. Still, the economics of mining and transporting it back to Earth would not be so attractive. The case is different for Moon rocks. First, they can be gathered from the surface with no digging. Second, they can be traded in the luxury markets at very high prices. In 2012, a moon rock, almost the size of two soda cans, was sold at the Heritage Auctions house at $330,000.

A single voyage to the moon would bring back a fortune. Still, the moon mining is just one side of the space treasure hunting story. It has been driven by the emotional appeal and essentially by the Google Lunar XPrize. The other side, which is even more important, focuses on asteroid mining. And here, the jackpot is going to be more immediate and much more heavy. In 2008, fragments of the asteroid 2008 TC3 fell over Nubia desert in Sudan and were later subject to an extensive gathering and study effort. In a paper published in 2015, researchers confirm the presence of “Unique large diamonds in a ureilite from Almahata Sitta 2008 TC3 asteroid”.

Companies such as Planetary Resources and Deep Space Industries are developing technologies to make asteroid landing and mining possible. A precedent has already been established by the European Space Agency in 2014, when it succeeded to land a probe on a comet. It was one of the most important breakthroughs in the history of science and it proved that humanity is getting very close to the outer-space precious metals rush era.

Having said that, there’s still a hidden and very important side of the space mining story, which is economics. From an economic perspective, bringing large quantities of diamond, gold or platinum from space will crash down their prices, making them unworthy. As for their industrial value, the fast progress in the synthetic elements‘ development technology is going to compromise the economics of the space mining ventures. They may then turn back to the HE-3 and the scientifically scientific prospects.
[embedyt] https://www.youtube.com/watch?v=6IFb7AzwmvA[/embedyt]