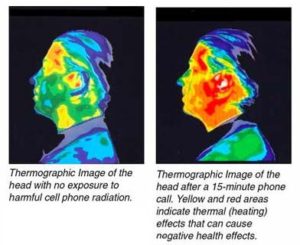 On April 11th 2017, an Italian court in the northern town of Ivrea has ruled that the brain tumor of Roberto Romeo, diagnosed in 2010, was due to the excessive, work-related use of cell phones.

The fifty year-old Italian executive had argued that his work duties obliged him to use cell phones continuously, several hours a day, for fifteen years. The court has then established a direct link between the excessive exposure to the wireless network radiation and the development of the tumor.

As part of the ruling, Mr. Romeo has been awarded a pension of €500 per month from a national insurance program that covers accidents in the workplace.

This ruling is one episode in the long controversy surrounding the linking of electromagnetic radiation to cancer. On May 31st 2011, the International Agency for Research on Cancer issued a press release (link) classifying radiofrequency electromagnetic fields as possibly carcinogenic to humans. However, the efforts to establish a firm link has faced a strong resistance from the telecommunication industry.