Home Misc Homeless Man Saves a Girl on the Road. She Raises $250k to Help Him Recover His Life

Homeless Man Saves a Girl on the Road. She Raises $250k to Help Him Recover His Life 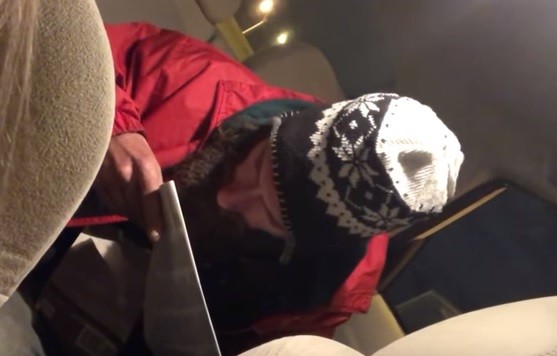 In October 2017, Kate McClure was driving to Philadelphia when she suddenly ran out of gas. Johnny, a homeless man living around the road, asked her to get back to her car, lock the doors and wait for him to return. The frightened 27 years old lady had no other choice but to comply.

Johnny, a 34 years old paramedic and ex-marine who had been homeless for a year, went to the nearest gas station and spent his last $20 to fill a can with fuel; then came back to save the speechless young lady.

Few weeks later, Kate and her boyfriend, driven by chilling gratitude, decided to start a fundraising campaign to save their new friend. Their GoFundMe account (link) had successfully raised $250,000 by November 23, 2017.

Aware of the complexity of Johnny’s case, the grateful couple has not simply given him the money. Instead, they are deploying further efforts to help him recover his paperwork and identity proofs. The goal is to assist him to get back to a normal life and a coherent state of mind before handing him over his small fortune.

Read Also: Acquitted After Having Spent 36 Years in Prison For A Crime He Did Not Commit