Home Science The Math Behind the Perfect Free Throw

The Math Behind the Perfect Free Throw

“What’s the best free throw?” Should the basketball shooter aim towards the front of the hoop? Does it depend on whether the shooter is short or tall? 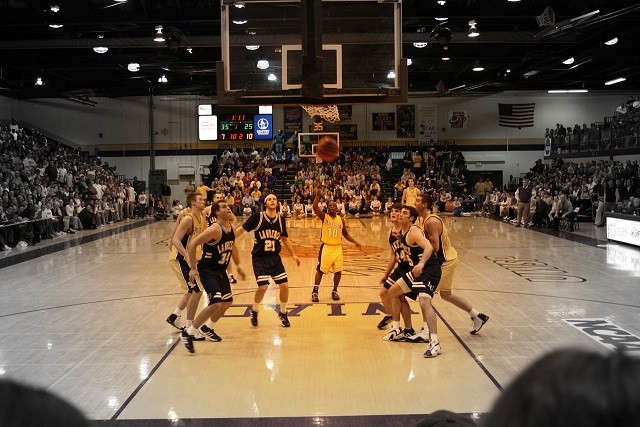 Some 20 years ago, my colleague Dr. Chau Tran and I developed a way to simulate the trajectories of millions of basketballs on the computer.

We went to the coaches and assistant coaches at North Carolina State University, where we are based, and told them we had this uncommon ability to study basketball shots very carefully.

Their first question was simple: “What’s the best free throw?” Should the shooter aim towards the front of the hoop or the back? Does it depend on whether the shooter is short or tall?

Math offers a unique perspective. It speeds up the amount of time it takes to see the patterns behind the best shots. For the most part, we discovered things that the players and coaches already knew – but every so often, we came across a new insight.

From a mathematical viewpoint, basketball is a game of trajectories. These trajectories are unique in that the ball’s motion doesn’t change much when it’s flying through the air, but then rapidly changes over milliseconds when the ball collides with the the hoop or the backboard.

To simulate millions of trajectories without the code taking too long to run, we tried any trick we could think of. We figured out how to go from modestly changing motion to rapidly changing motion, such as when the ball bounces on the rim or off the backboard. We learned how to turn large numbers of trajectories into statistical probabilities. We even created fictitious trajectories in which the ball magically passes through all of the physical obstacles (hoop, backboard, back plate) except for one, to see where it collides first.

The free throw was the first shot that my colleague and I studied in detail. In close games, teams can win and lose at the free-throw line. What’s more, the free throw is uncontested, so perfection in the free throw can pay off big. Top teams tend to shoot the free shot well.

Our program could tell us what chances the shooter had in sinking a free throw – and help us figure out what he was doing right or wrong.

Breaking down the basketball free throw

We studied the free throw for about five years.

One of the first things we learned from our simulations and by watching TV footage was that players with the same consistency can shoot free throws with anywhere from 75 to 90 percent accuracy. The difference was that the 90 percent players were being consistent at the right shot – the best trajectory.

The fate of a free throw is set the instant the ball leaves the player’s fingertips, so we looked closely at the “launch conditions” of the shot. The ball is located at some height above the floor. It has a rate at which it is spinning backwards (called backspin), and it has a launch speed and a launch angle. Since the shooter never launches the ball the same way, small differences account for a shooter’s consistency.

We found that about 3 hertz of backspin is the best amount; more than that does not help. It takes about 1 second for a ball to reach the basket, so 3 hertz equates to three revolutions in the air, from the instant the ball leaves the player’s hands to when it reaches the basket.

Next, assuming the player releases the ball at 7 feet above the ground, a launch angle of about 52 degrees is best. In that angle, the launch speed is the lowest, and the probability of the shot being successful is the greatest. At 52 degrees, the shooter can be off a degree or more either way without a large effect on the shot’s success.

However, launch speed is quite the opposite. It’s the hardest variable for a player to control. Release the ball too slowly and the shot is short; release it too fast and the shot is long. A player needs to memorize the motion of her entire body during release to impart the same speed consistently.

All else being the same, players who release from higher above the floor have a higher shooting percentage. That’s interesting, because our coaches at N.C. State and others I have talked say that taller players tend to shoot the free throw worse than shorter players do. It seems that the shorter players must try harder.

So what does this all mean for players out there aspiring to improve their free throw?

Our research suggests that players should aim the ball beyond the center of the rim. Launch the ball at a high angle and as high above the ground as possible. (The ball, at the highest point of its arc, should reach the top of the backboard.) Line up the ball to eliminate the side angle. And try to launch the ball with smooth body motion, to produce a consistent launch speed.

In the past few years, we’ve expanded our work to study where the best bank shots strike the backboard and developed a tool for anyone who wants to perfect it.

With tournament play approaching, I’m reminded of how competitive the game has become, and how it has truly become a game of inches. As an old basketball player, like many of you, I enjoy watching the game – and, every so often, catching a glimpse of that perfect free throw.