Freemasons No Longer Have Significant Influence in the British Police

Serving police officers being members of the Freemasons has been a recurring theme in policing in England and Wales for some 50 years. 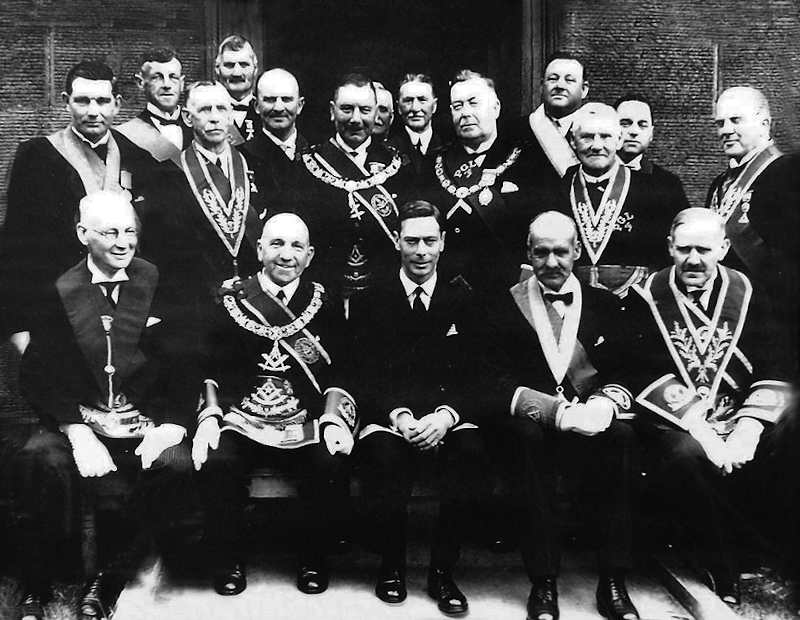 The controversial issue of serving police officers being members of the Freemasons has been a recurring theme in policing in England and Wales for some 50 years. There has been consistent disquiet about the potential for the organisation to exert informal political influence on the police, impinging on operational matters.

However, these days, the organisation has marginal, if any, influence on operational policing. This is in part thanks to constitutional changes within the service. Another factor is the increasingly diverse nature of the workforce, which employs far more women than hitherto.
Historically, the key concern has been that Freemasons have held informal but powerful influence over senior police officers who were also members of lodges. This is a total conflict of interest and contrary to the oath for the Office of Constable.

The relationship between police officers and Freemasons became a major issue in the 1960s, largely as a result of investigative journalism by the The Times and The Sunday Times. Revelations were made about corruption in the Metropolitan Police’s CID unit and surrounding the activities of the Obscene Publications Squad. Senior officers were receiving illegal payments on a regular basis in return for allowing London sex shops to trade unrestricted.
The fact that London detectives shared membership of the same Freemason lodges as active high-profile London criminals became public knowledge. Senior officers were seen spending time with convicted London criminals in Mediterranean holiday villas.

Read Also: The battle between NBC and CBS to be the first to film a Berlin Wall tunnel escape

Ultimately, this led to major reforms of the Metropolitan Police. Criminal investigations resulted in custodial sentences for a number of senior CID officers and voluntary retirements for many more.

This all unfolded during a period in which there was minimal accountability of the police, either at institutional or individual level. The Metropolitan Police, unlike their provincial colleagues, operated without a police committee or authority. It was answerable only to the home secretary. The first external body which oversaw some complaints against the police, the Police Complaints Board, which had limited powers, only became effective in 1976.

By 1978, further criminal allegations into the alleged activities of London detectives emerged. “Operation Countryman” – an external inquiry into criminal wrongdoing – was launched.

Countryman was eventually scaled down, even though enquiries had revealed far more potential criminality than initially envisaged. Allegations were made that “masonic influences” were instrumental in that inexplicable decision.

Shortly after this, in 1983, the author Stephen Knight published a book called The Brotherhood. This again highlighted the relationship between the police service and the Freemasons.
In the wake of the book, the then commissioner, Kenneth Newman, recommended that Metropolitan Police officers “stay away” from their lodges. However, in direct contravention of this decree, the Manor of St James Lodge was created for officers serving at New Scotland Yard. Membership included officers at chief officer level.

Disquiet was not confined to London. That same year the “Stalker affair” dominated the daily news. It involved allegations that masonic influences were at play in the decision to remove John Stalker, the then deputy chief constable of Great Manchester, from his post.
Stalker had been leading an external inquiry into allegations that members of the Royal Ulster Constabulary were shooting to kill as they engaged with the Provisional IRA in Northern Ireland. Again, tangible evidence of masonic malpractice and influence was not forthcoming. Nevertheless, the issue of informal masonic influences was once again a concern.

By the mid-1990s things began to change. The Police Complaints Authority, the successor to the Police Complaints Board, urged the government to introduce legislation that would compel serving police officers to declare their membership of masonic lodges. This was rejected, but police forces introduced a voluntary scheme where officers could declare their membership and, by inference, any conflict of interest in their role as a police officer.

Currently, membership may conflict with Code No. 1 of the police Code of Ethics. This refers to “honesty and integrity” and specifically mentions “acting with integrity at all times” and not acting to “compromise or abuse” the position of police officer.
The voluntary scheme was a forerunner for the enhanced accountability that police forces are subject to these days. Changes made back then have laid the foundations and discouraged membership among officers.

Police and Crime Commissioners have also been introduced to enhance police accountability. These local leaders are elected by citizens who ultimately can dismiss the chief officer. The introduction of the Code of Ethics has arguably broadened and heightened the requirement for propriety, in addition to the cultural shift towards a professional status via the College of Policing – the only professional body for a police service in the world. The organisation has taken the lead on professional behavior and development, encouraging a culture in which unprofessional practices are no longer tolerated.

The police service is also now far more inclusive and diverse. The Freemasons is an organisation exclusively for men, which is completely incongruent with the values and reality of the contemporary police service. That’s probably the most significant factor that has reduced this secret organisation to having marginal influence, if at all.

The “boys’ clubs” that pervaded the police service are a thing of the past. In fact, officers these days would be derided by colleagues if their membership became public knowledge, such is the cultural change that has occurred.

The debate regarding the Freemasons and the police service needs to be concluded and confined to that one of police history only. Those days have gone and the emphasis now is on diversity and transparency in decision making. While there will be always be work to be done to embed this further, police forces in England and Wales now reflect this.
Peter Williams, Practitioner Fellow in Policing, Liverpool John Moores University