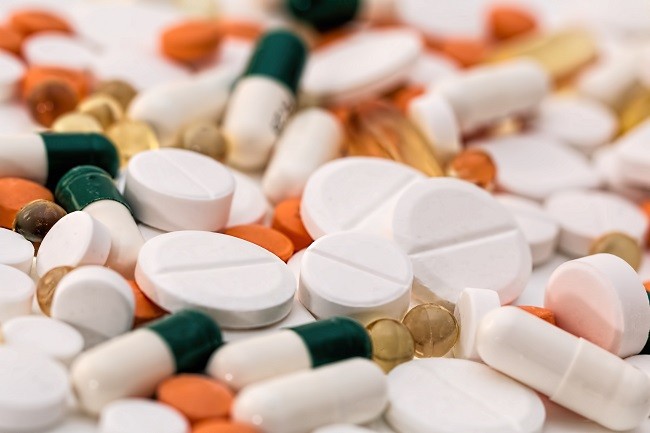 The United States faces a major problem with prescription drug prices. Even as the prices of most goods and services have barely budged in recent years, the cost of drugs has surged.

During the presidential campaign, both Hillary Clinton and Donald Trump cited the high cost of prescription drugs as an issue that needed to be addressed. Most recently, the president-elect took direct aim at the pharmaceutical industry, saying it’s “getting away with murder” and arguing “new bidding procedures” are necessary to lower drug prices.

Trump didn’t get into specifics about what that would mean, but the most often suggested way to lower drug prices has been to expand the ability of major government buyers, such as Medicare, to negotiate prices.


While such negotiations could result in lower prices, we believe, based on our experience as economists and public policy experts, an alternative using public utility pricing would work better and ensure the discovery and distribution of important new medications.

In 2015 spending on prescription drugs rose by 8.5 percent to US$309.5 billion, compared with a rise of just 1.1 percent for consumer goods and services. Spending for specialty drugs increased by an even heftier 15 percent, on average. Individual examples that made big headlines, such as Turing Pharmaceuticals raising the price of Daraprim (a lifesaving drug for people with weakened immune systems) from $13.50 to $750 a tablet, are even more extreme.


In a competitive market, prices of a product are forced down to their costs plus a fair profit. Drug companies, on the other hand, can get away with raising prices without losing customers because the demand for certain medications is insensitive to their cost. If a drug will save your life, you’ll probably pay whatever the cost, if you can.

The problem may soon get worse. Last May, Washington state’s Medicaid program was ordered to provide the hepatitis C drugs Sovaldi and Harvoni after a court ruled they were “medically necessary.” The Washington State Health Care Authority had previously provided Harvoni – which costs $94,500 for an eight-week course of treatment – and Sovaldi – $84,000 for 12 weeks – to only the sickest patients.

Since then, other participants in Medicaid and private insurance plans have filed similar suits. Some states, including Florida, Massachusetts and New York, have already altered their Medicaid programs to pay for such life-preserving expensive drugs.

If “medically necessary” rulings become more common, producers of these drugs will have no need to worry that higher prices will reduce sales. They will be able to charge whatever they want and increase revenue and profit without hurting unit sales because insurance providers will need to make such drugs available to their policy holders.

So what can be done to fix the problem?

Allowing more government agencies to negotiate prices is one option. While this has lowered the prices paid by the Veterans Administration, it may not be the best way to go in a market like the one for many innovative new specialty drugs in which consumers have no good substitutes to choose from.

Economists have shown that negotiated outcomes are not always the most efficient ones. As an example, if the government were to push drug producers too hard in negotiations, the public could get a great deal on prices in the short term but that could end up discouraging the development and testing of new drugs, which would hurt everyone in the long run.

A better approach is to start with a public utilities method, which is frequently used when there is a natural monopoly in production, such as for water or power. In these cases, state and local governments typically allow a company to have a monopoly over the market but also establish regulatory commissions to determine “fair” prices. Such prices take into account current costs, the need for investment in production facilities and the need to earn a rate of return on capital invested.

A wrinkle with drug developers is that they can incur substantial costs in their quest for new medications, including dead-end ideas and extensive testing. A 2014 report put the cost to develop a new drug at $2.6 billion, while others put it at around half that.

Under our proposal, an independent federal panel consisting of scientists, medical professionals, public health experts and economists – perhaps working as part of the FDA approval process and called on when the price of a drug is above a specific threshold – would determine the maximum price a government buyer such as Medicare or Medicaid could pay for a new drug. It could also do the same for existing treatments – for example, it could have turned down Turing’s huge Daraprim price hike.

A key element of this idea is that the panel would develop methods to identify and set maximum prices for existing and prospective drugs that cure a serious illness, improve the quality of life, limit contagion or otherwise provide large benefits to society. These procedures would need to make sure that producers of these important new drugs are sufficiently rewarded for those costly efforts.

Tough negotiations can help lower how much the government has to pay for its purchases, yet they’re not always the optimal way to achieve intended long-term results. With drugs, we definitely need to lower prices but we also need to ensure drug companies can “win” as well to avoid compromising their ability to develop lifesaving medicines.

While economists generally oppose government intervention in a “free market,” the current situation cries out for change. It is time to establish a defensible system for pricing drugs, one that both protects the public from price-gouging and encourages the development of new drugs.