CRACKING THE MYSTERY OF THE WORLDWIDE HUM

CRACKING THE MYSTERY OF THE WORLDWIDE HUM 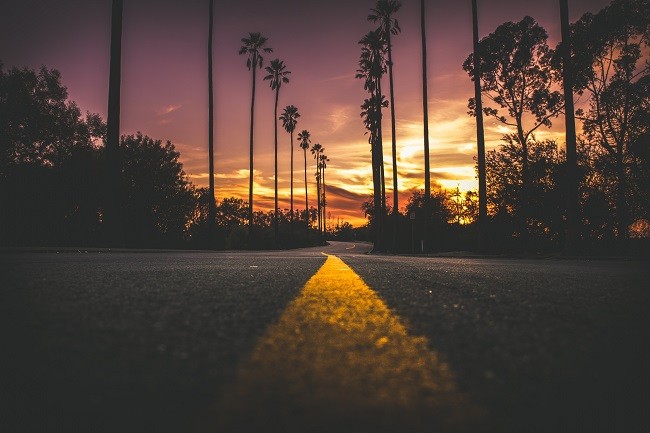 In the spring of 2012, when I was living near the coastal village of Sechelt, on British Columbia’s picturesque Sunshine Coast, I began hearing a humming sound, which I thought were float planes.

The noise usually started later at night, between 10 and 11 p.m. My first clue that something unusual was happening came with the realization that the sound didn’t fade away, like plane noises typically do. And the slightest ambient noise – exhaling audibly, even turning my head quickly – caused it to momentarily stop. One night after the sound started I stepped outside the house. Nothing.

I was the only person in the house who could hear it; my family said they didn’t know what I was talking about.

Naturally, I assumed something in the house was the culprit, and I searched for the source in vain. I even ended up cutting the power to the entire house. The sound got louder.

While I couldn’t hear the sound outdoors, I could still hear it in my car at night with the windows closed and the ignition off. I drove for miles in every direction, and it was still there in the background when I stopped the car. I was able to rule out obvious sources: industrial activity, marine traffic, electric substations and highway noise.

When I searched on the internet for “unusual low-frequency humming noise,” I soon realized that others had conducted the same search. I was part of the small fraction of people who can hear what is called the “Worldwide Hum” or, simply, the “Hum.”

The questions motivating me and thousands of others were the same: “What’s causing this? Can it be stopped?”

The classic description of the Hum is that it sounds like a truck engine idling. For some, it’s a distant rumbling or droning noise. It can start and stop suddenly or wax and wane over time. For others, the Hum is loud, relentless and life-altering.

I eventually came across one of the few serious papers on the topic. It was written in 2004 by geoscientist David Deming (who’s also a Hum hearer).

Deming began by describing the standard history: The Hum was first documented in the late 1960s, around Bristol, England. It first appeared in the United States in the late 1980s, in Taos, New Mexico.


He then examined the competing hypotheses for the source of the Hum. Many have pointed to the electric grid or cellphone towers. But this theory is dismissed on two grounds: cellphones didn’t exist in the 1960s, and the frequency emitted by both cell towers and the electric grid can be easily blocked by metal enclosures.

He wondered whether mass hysteria was to blame, a psychological phenomenon in which rumor and “collective delusions” lead to the appearance of physical ailments for which there’s no medical explanation. The fact that so many people have researched the Hum on their own, using a search engine – rather than hearing about it from some other person – moves the conversation away from delusion and hysteria spread by word of mouth.


Deming looked at the High Frequency Active Auroral Research Program (HAARP), an isolated military compound in Alaska that uses radio waves to study outer space and for testing advanced communication techniques – and a favorite focus of conspiracy theorists, who have accused the facility of acts ranging from mind control to weather control. He studied the possibility of otoacoustic emissions, which are naturally occurring sounds caused by the vibration of hair cells in the ear.

Deming eventually fingered Very Low Frequency (VLF) radio waves (between 3 kHz and 30 kHz) as the most likely culprit. The world’s military powers use massive land-based and airborne transmitters on these frequencies in order to communicate with submerged submarines. Radio waves at these frequencies can penetrate up to a solid inch of aluminum.


In the paper, Deming proposes a simple and elegant experiment for testing this hypothesis. Hum hearers randomly enter three identical-looking boxes. The first box blocks VLF radio signals, the second box is an anechoic (soundproof) chamber and the third box is the control.

He left the experiment for others to pursue, and while there are some practical difficulties with the design, Deming’s overall concept has motivated the experiments I am currently conducting.

A plethora of pseudoscience and wild conspiracy theories has the potential to drown out the serious work in this area. I’ve encountered seemingly serious people who have argued that the Hum is caused by tunneling under the earth, the electronic targeting of specific individuals, aliens and mating fish.

Given the need for disciplined inquiry into the phenomenon, in late 2012 I started The World Hum Map and Database Project. The database gathers, documents and maps detailed and anonymous information from people who can hear the Hum. It provides raw data for research in a strictly moderated and serious forum for research and commentary, while providing a sense of community for people whose lives have been negatively affected by the Hum.

Most people have some experience with how disruptive some types of noises can be, which is why there are often noise ordinances in many cities and towns, especially at night. There are many sufferers who dread the nighttime because of how loud and relentless the Hum can be. The Hum database is replete with descriptions of desperate people who have been tormented by the noise for years. The phrase “driving me crazy” is all too common. (I feel fortunate that, in my case, the Hum is more of a curiosity than it is an irritant.)

The project also aims to validate and normalize the phenomenon by discussing it alongside other widely reported auditory phenomena, such as tinnitus, a relatively common medical condition that causes people to hear high-pitched squealing tones. Those who experience tinnitus and also the Hum report the two as being completely different in character.

The latest update of the Hum Map, from June 6, presents roughly 10,000 map and data points, and we’ve already made some notable findings.

For example, we’ve found that the mean and median age of Hum hearers is 40.5 years, and 55 percent of hearers are men. This goes against the widely repeated theory that the Hum mainly affects middle-aged and older women.

Interestingly, there are eight times as many ambidextrous people among hearers as there are in the general population. As more data are collected from Hum hearers, I hope that specialists in demographics and inferential statistics will be able to generate more detailed results.


The goals of the research

The historical record of the Hum is crucial, because if the current version as narrated by Deming is correct, many theories can immediately be ruled out. After all, cellphones and HAARP didn’t exist until decades after the Worldwide Hum was first documented in England in the late 1960s. I currently have a researcher digging into the Times of London digital archive to search for mentions of the Hum going back to the 18th and 19th centuries. If convincing examples are found, then the direction of my research will shift dramatically because all modern technologies could be ruled out.

In my view, there are currently four hypotheses for the source of the world Hum that survive the most superficial scrutiny.

The first hypothesis – argued by Deming and the one I’m currently pursuing – is that the Hum is rooted in Very Low Frequency (VLF) radio transmissions. It’s increasingly accepted now that the human body will sometimes experience electromagnetic (EM) energy and interpret it in a way that creates sounds. This was established for high-frequency EM energy by the American neuroscientist Alan Frey in his infamous “microwave hearing” experiments, which showed that certain radio frequencies can actually be heard as sounds.


Today, there are biophysical models that predict and explain the impact VLF EM energy has on living tissue. I have designed and built a VLF radio blocking box that should be able to test whether VLF radio frequencies are a prerequisite for generating the Hum.

The second hypothesis is that the Hum is the grand accumulation of low-frequency sound and human-generated infrasound (sounds with audio frequencies below roughly 20 Hz and which can be felt more than they can be heard). This includes everything from highway noise to all manner of industrial activity.

The third is that the Hum is a terrestrial or geological phenomenon that generates low-frequency sounds or perceptions of those sounds. For example, there is a well-documented history of animals predicting earthquakes and taking action to save themselves. From an evolutionary perspective, there may be survival value in having members of a population highly sensitive to some types of vibrations. When it comes to the Hum, some humans may have a similar physiological mechanism in place.

The fourth is that the Hum is an internally generated phenomenon, perhaps rooted in a particular anatomical variation, genetic predisposition or the result of toxicity and medication.

The Hum is now the subject of serious media coverage and, increasingly, scientific scrutiny. The overall goal of my project and the people who contribute to it is to find the source of the Hum and, if possible, stop it.

If the Hum is man-made, then my task is to raise public awareness and advocate turning away from the technologies that are causing it. If the source is exogenous and natural, there’s the possibility that there may be no escape from it, apart from masking it with background sounds.

Of course there is the remote possibility that one of the more exotic explanations will prove to be correct. But, as in all science, it seems best to start with what we know and is plausible, as opposed to what we don’t know and is implausible.