Home Technology The Future of Personal Satellite Technology Is Here – Are We Ready for It?

The Future of Personal Satellite Technology Is Here – Are We Ready for It?

Satellites used to be the exclusive playthings of rich governments and wealthy corporations. But increasingly, as space becomes more democratized, sophisticated satellite technologies are coming within reach of ordinary people. Just like drones before them, miniature satellites are beginning to fundamentally transform our conceptions of who gets to do what up above our heads.

As a recent report from the National Academy of Sciences highlights, these satellites hold tremendous potential for making satellite-based science more accessible than ever before. However, as the cost of getting your own satellite in orbit plummets, the risks of irresponsible use grow.

The question here is no longer “Can we?” but “Should we?” What are the potential downsides of having a slice of space densely populated by equipment built by people not traditionally labeled as “professionals”? And what would the responsible and beneficial development and use of this technology actually look like?

Some of the answers may come from a nonprofit organization that has been building and launching amateur satellites for nearly 50 years.

The communication technology we’re talking about

Having your own personal satellite launched into orbit might sound like an idea straight out of science fiction. But over the past few decades a unique class of satellites has been created that fits the bill: CubeSats.

The “Cube” here simply refers to the satellite’s shape. The most common CubeSat (the so-called “1U” satellite) is a 10 cm (roughly 4 inches) cube, so small that a single CubeSat could easily be mistaken for a paperweight on your desk. These mini, modular satellites can fit in a launch vehicle’s formerly “wasted space.” Multiples can be deployed in combination for more complex missions than could be achieved by one CubeSat alone.

Within their compact bodies these minute satellites are able to house sensors and communication receivers/transmitters that enable operators to study the Earth from space, as well as space around the Earth.

They’re primarily designed for Low Earth Orbit (LEO) – an easily accessible region of space from around 200 to 800 miles above the Earth, where human-tended missions like the Hubble Space Telescope and the International Space Station (ISS) hang out. But they can attain more distant orbits; NASA plans for most of its future Earth-escaping payloads (to the moon and Mars especially) to carry CubeSats.

Because they’re so small and light, it costs much less to get a CubeSat into Earth orbit than a traditional communication or GPS satellite. For instance, a research group here at Arizona State University recently claimed their developmental “femtosats” (especially small CubeSats) could cost as little as US$3,000 to put in orbit. This decrease in cost is allowing researchers, hobbyists and even elementary school groups to put simple instruments into LEO, by piggybacking onto rocket launches, or even having them deployed from the ISS.

The first CubeSat was created in the early 2000s, as a way of enabling CalPoly and Stanford graduate students to design, build, test and operate a spacecraft with similar capabilities to the USSR’s Sputnik.

Since then, NASA, the National Reconnaissance Office and even Boeing have all launched and operated CubeSats. There are more than 130 currently operational in orbit. The NASA Educational Launch of Nano Satellite (ELaNa) program, which offers free launches for educational groups and science missions, is now open to U.S. nonprofit corporations as well.

Clearly, satellites are not just for rocket scientists anymore.

Thinking inside the box

The National Academy of Sciences report emphasizes CubeSats’ importance in scientific discovery and the training of future space scientists and engineers. Yet it also acknowledges that widespread deployment of LEO CubeSats isn’t risk-free.

The greatest concern the authors raise is space debris – pieces of “junk” that orbit the earth, with the potential to cause serious damage if they collide with operational units, including the ISS.

Currently, there aren’t many CubeSats and they’re tracked closely. Yet as LEO opens up to more amateur satellites, they may pose an increasing threat. As the report authors point out, even near-misses might lead to the “creation of an onerous regulatory framework and affect the future disposition of science CubeSats.”

More broadly, the report authors focus on factors that might impede greater use of CubeSat technologies. These include regulations around earth-space radio communication, possible impacts of International Traffic in Arms Regulations (which govern import and export of defense-related articles and services in the U.S.), and potential issues around extra-terrestrial contamination.

But what about the rest of us? How can we be sure that hobbyists and others aren’t launching their own “spy” satellites, or (intentionally or not) placing polluting technologies into LEO, or even deploying low-cost CubeSat networks that could be hijacked and used nefariously?

As CubeSat researchers are quick to point out, these are far-fetched scenarios. But they suggest that now’s the time to ponder unexpected and unintended possible consequences of more people than ever having access to their own small slice of space. In an era when you can simply buy a CubeSat kit off the shelf, how can we trust the satellites over our heads were developed with good intentions by people who knew what they were doing?

Some “expert amateurs” in the satellite game could provide some inspiration for how to proceed responsibly.

In 1969, the Radio Amateur Satellite Corporation (AMSAT) was created in order to foster ham radio enthusiasts’ participation in space research and communication. It continued the efforts, begun in 1961, by Project OSCAR – a U.S.-based group that built and launched the very first nongovernmental satellite just four years after Sputnik.

As an organization of volunteers, AMSAT was putting “amateur” satellites in orbit decades before the current CubeSat craze. And over time, its members have learned a thing or two about responsibility.

Here, open-source development has been a central principle. Within the organization, AMSAT has a philosophy of open sourcing everything – making technical data on all aspects of their satellites fully available to everyone in the organization, and when possible, the public. According to a member of the team responsible for FOX 1-A, AMSAT’s first CubeSat:

This means that it would be incredibly difficult to sneak something by us … there’s no way to smuggle explosives or an energy emitter into an amateur satellite when everyone has access to the designs and implementation.

However, they’re more cautious about sharing info with nonmembers, as the organization guards against others developing the ability to hijack and take control of their satellites.

This form of “self-governance” is possible within long-standing amateur organizations that, over time, are able to build a sense of responsibility to community members, as well as society more generally. 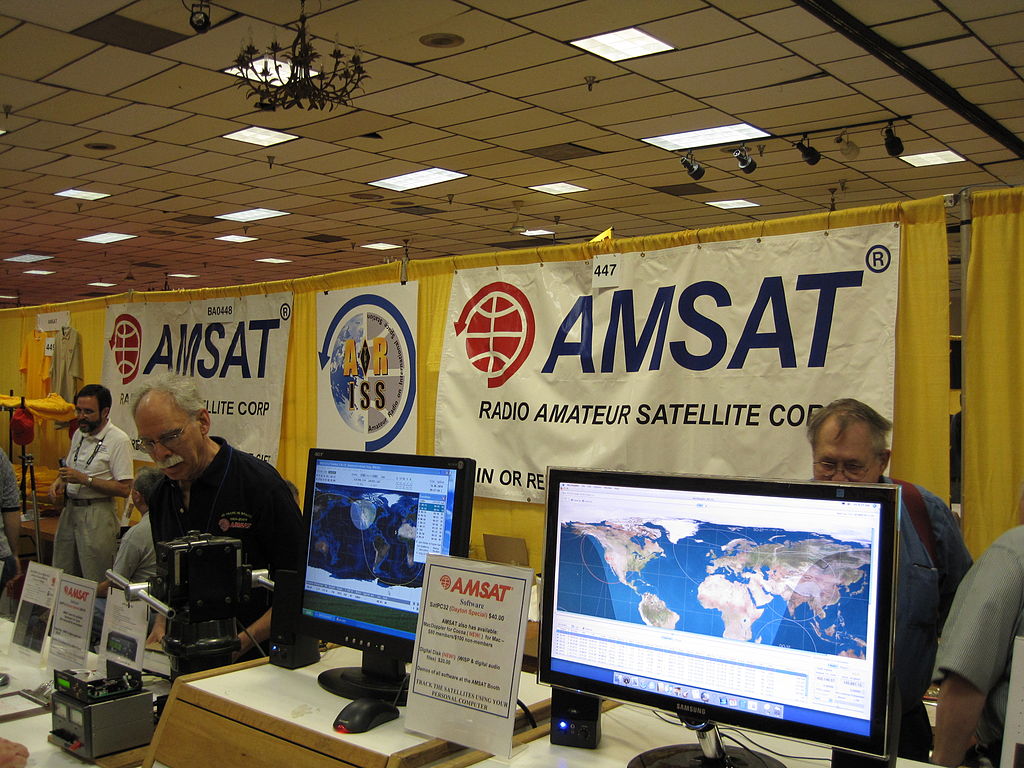 But what happens when new players emerge, who don’t have deep roots within the existing culture?

Hobbyist and student “new kids on the block” are gaining access to technologies without being part of a longstanding amateur establishment. They are still constrained by funders, launch providers and a tapestry of regulations – all of which rein in what CubeSat developers can and cannot do. But there is a danger they’re ill-equipped to think through potential unintended consequences.

What these unintended consequences might be is admittedly far from clear. Certainly, CubeSat developers would argue it’s hard to imagine these tiny satellites causing substantial physical harm. Yet we know innovators can be remarkably creative with taking technologies in unexpected directions. Think of something as seemingly benign as the cellphone – we have microfinance and text-based social networking at one end of the spectrum, improvised explosive devices at the other.

This is where a culture of social responsibility around CubeSats becomes important – not simply for ensuring that physical risks are minimized (and good practices are adhered to), but also to engage with a much larger community in anticipating and managing less obvious consequences of the technology.

This is not an easy task. Yet the evidence from AMSAT and other areas of technology development suggest that responsible amateur communities can and do emerge around novel technologies.

For instance, see the diy-bio community, where hobbyists work in advanced community biotech labs. Their growing community commitment to safety and responsibility is highlighting how amateurs can embrace responsibility in research and innovation. A similar commitment is seen within open-source software and hardware communities, such as the members of the Linux Foundation.

The challenge here, of course, is ensuring that what an amateur community considers to be responsible, actually is. Here’s where there needs to be a much wider public conversation that extends beyond government agencies and scientific communities to include students, hobbyists, and anyone who may potentially stand to be affected by the use of CubeSat technology.