PARACETAMOL, A POPULAR PAIN KILLER, MAY CAUSE MASCULINITY INHIBITION AND FLACCID SEX DRIVE 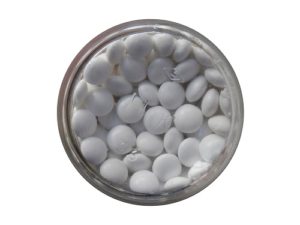 Paracetamol, also called Acetaminophen, is one of the most popular analgesic medicines for pain relief, especially during pregnancy. It is so widespread that any associated side effect could affect millions of patients around the world.

Indeed, a new study states that using paracetamol during pregnancy could restrain masculinity and lead to a flaccid sex drive during adult life.

The paper [1], published by a team of scientists from the university of Copenhagen in Denmark, adds further concerns to those raised in another paper from 2016. This latter had linked the use of paracetamol during pregnancy to the earlier female infertility during adulthood.

In 2015, another paper had found that, in addition to relieving pain, paracetamol may dull emotions.  The CBS video below discusses this not so surprising side effect.

These discoveries revive the controversies that accompanied the famous pain killer since its first clinical trials in 1887. In that time, the German pharmacologist Joseph von Mering discarded it for its tendency to produce methemoglobinemia, a type of blood disorder. Paracetamol, and its derivatives, has then been overshadowed by aspirin for half a century, to be later rediscovered and marketed again in the United States in 1955.