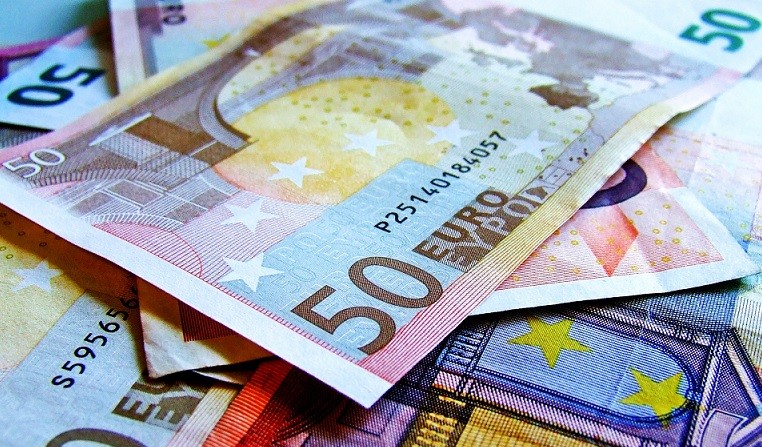 A small exhibition recently opened in the German Historical Museum in Berlin all about Germany’s love of saving money. It might have had a mundane sounding title, “Saving – History of a German Virtue”, but it provides an interesting insight into what is a deep-rooted national obsession.

As well as an opportunity for self-reflection for visiting Germans, the exhibition also provides a window into the historical roots of German morality when it comes to being financially prudent and the country’s attitude towards European policies and its partners.

Saving has a long history in German society. The first savings bank opened in 1778 in Hamburg. By 1836, there were more than 300 of these savings banks operating in the then German Confederation, allowing Germans to save their hard earned income for some interest.

There is plenty of evidence in the exhibition that the concept of saving was established as a virtue from this period, through the Weimar Republic, which followed World War I, then in the Nazi era and after World War II on both sides of the Berlin Wall. Saving became an essential part of the country’s tax planning, welfare provision and social policies.

The legacy of this virtue has made Germans the top savers in the world. Households consistently saved more than 8% of their disposable income over the last two of decades, according to OECD data. The last time UK households came close to the German savings rate was in 1995. Two decades later, in 2015, German savers keep an equivalent of 9.96% of their disposable income in the country’s 400 savings banks, while the British were merely at 0.16%.

Germans not only save more than their UK counterparts, but the deep rooted national habit has more implications than those numbers would reveal.

Understanding the German obsession with savings is important when one wants to understand German attitudes towards domestic and European policies. For example, since 2012 the main European Central Bank interest rate has been below 1%, and in March 2016 was reduced to 0%. The reason for these low interest rates, along with large programmes of quantitative easing, was to stabilise the European banking sector and to encourage lending, spending and economic recovery.

The move was widely praised by various governments. But in Germany, it was criticised by the country’s saving public who feared the low interest rates would destroy their wealth and ruin their retirement plans. As the conservative German newspaper, FAZ, put it: “there is something ritualistic about cursing the Italian president of the ECB for keeping interest rates low, depriving savers of their well-deserved interest.”

At the state level

The virtue of saving in Germany is not limited to households or companies, but to state finances too. A good state does not live beyond its means and saves money where it can. The state, seen as the virtuous and prudent Swabian housewife, is at the centre of the German pro-austerity narrative, which has not only affected domestic but most of all European policies.

In the aftermath of the European sovereign debt crisis the implementation of austerity policies in the southern periphery, specifically Greece, was justified with the necessity to reduce spending and increase savings. It is no surprise that Germany was one of the leading advocates of these fiscal policies. To the German psyche, austerity was the necessary antidote to a country that had lived recklessly beyond its means up until 2008.

It is an undisputable fact that excessive state spending has led to unsustainable levels of debt and deficits that now threaten our economic welfare … Governments in and beyond the eurozone need not just to commit to fiscal consolidation and improved competitiveness – they need to start delivering on these now.

Schäuble was seen as a stickler for rules. So much so that he became a hate figure in Greece for emphasising austerity policies.

But, with the history and importance of saving in Germany in mind, it is unlikely that Olaf Scholz, Schäuble’s successor as finance minister, or the country he represents, will change its mind on this any time soon.

Correction: the interest rate graph in this article was updated on May 10 2018 to correct an inaccuracy in the interpolation.